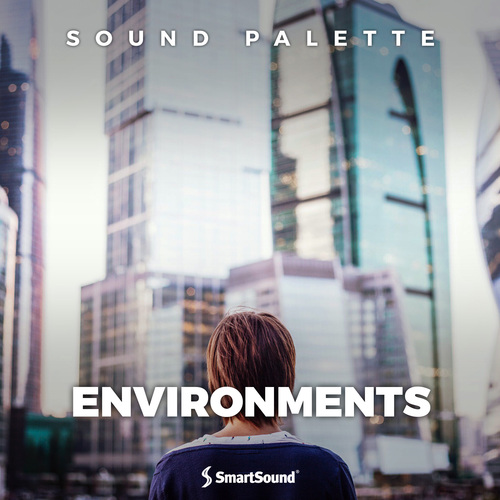 Environmental Sound Effects
Sound effects, or ambient sounds, are in many of the scenes you watch. Sound effects create mood, tone, emotion and feeling, or give sound to an action. Music can only take a scene so far; add sound effects and create a legit beach scene with crashing waves or a subway scene with the jarring, screeching sounds of the sub’s brakes. Albums with a diverse collection of sound effects, ambient sounds and environmental sounds are always used for scenes at events, in retail stores and crowded areas, at parties, in fight scenes and battles; there are even sound effects for a kiss, a slap and a laugh, though no one’s bottled the sounds of silence yet.

The track 1800s City sounds just like a newly formed soon-to-be historic gold mining town with people chatting and horses clomping and neighing. Or consider Aviary, a full four minutes of ambient bird calls and oh, you’ll like Bowling Alley with its crashing and clanging pins and Construction with cranes and front-loaders doing their thing. Another winner is High School Cafeteria: Who doesn’t remember what lunch in the cafeteria was like with its 30 minutes of pure insanity? The Environment album even offers sound effects from the Stock Exchange with ringing phones and elevated, action-packed voices. Also, listen to Casino, Caves and City Parks and pop up those scenes needing unique and unusual sound effects.

Why Effects?
Watch when Harry met Sally and when you watch the scene with the couple in the diner (yes, you know the one!), key in to the background sounds. That’s all sound effects added after the scene was shot and you’ll find those busy diner sounds on the Environment album. Sure, independent films sometimes keep ambient sounds in their film while shooting, but to dial in clean, crisp sounds, you’ll want to consider sound effects.

Customizable, royalty free background music is our specialty and with so many options for Sound Effects in our library, we’re sure you’ll find just the right track to enhance your work. Click over to the SmartSound library today.